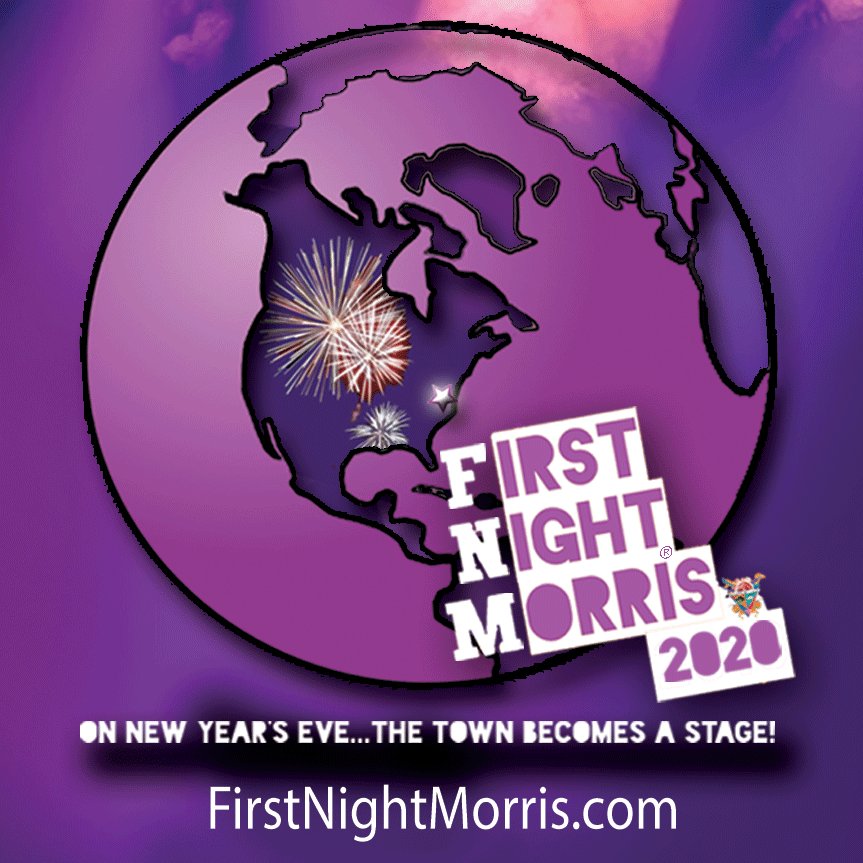 I’m excited to be performing at First Night Morris in Morristown, NJ on New Year’s Eve! I’ll be doing a family-friendly 45-minute set at 9:45 and repeated at 10:45, which gives you the flexibility to see some of the other fine performers and activities at the biggest First Night celebration in New Jersey!

My performance venue is the Hyatt Regency right in downtown Morristown, and the show will be in the Regency room, right off the main lobby. Earlier in the Regency room, at 7:15 and 8:15, is the very funny comedian Andy Pitz, with whom I’ve worked many times over the years and is an absolutely hilarious pro. Come check us both out! And fireworks! And food! And activities!

This will be my first First Night in quite a while; as a matter of fact one of my first paid gigs was at a First Night in my hometown of Waukegan, IL back when I was a senior in college and just getting started in comedy. Egads, that was a while ago!

But enough about the past, on the 31st we’ll be celebrating the future. Come join us! 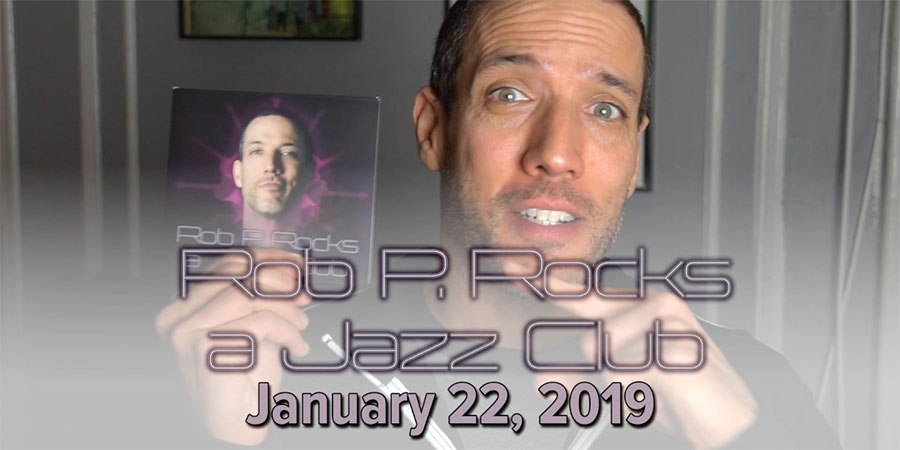 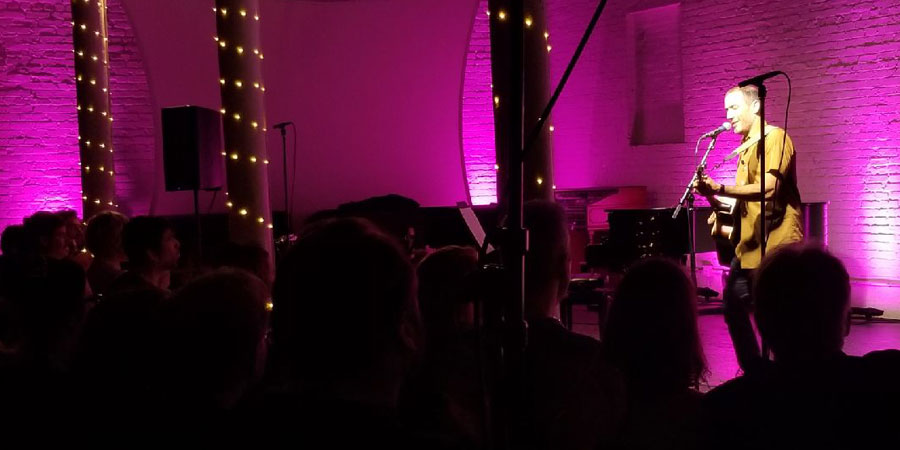 SO MANY THANK YOUS to everyone who came out and otherwise supported the album recording show this week at ShapeShifter Lab! I was honored to have such a supportive crowd and END_OF_DOCUMENT_TOKEN_TO_BE_REPLACED 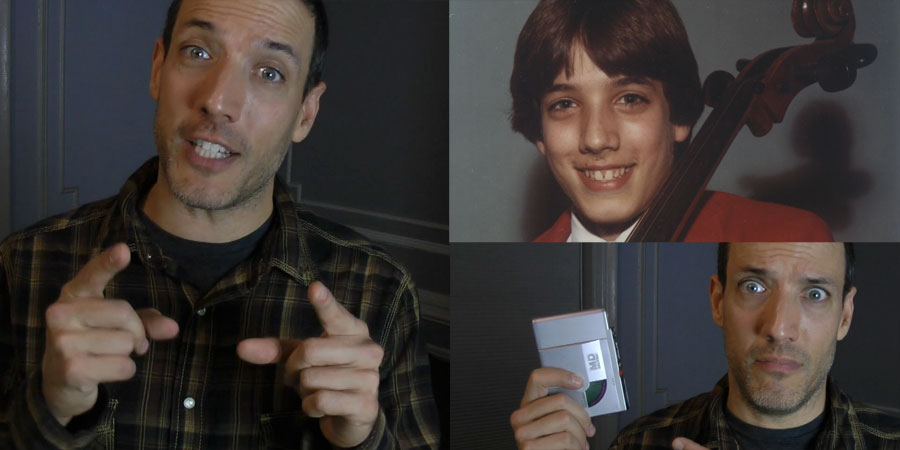 I’m so excited about my live album recording show I made a short video to tell you about it!  END_OF_DOCUMENT_TOKEN_TO_BE_REPLACED 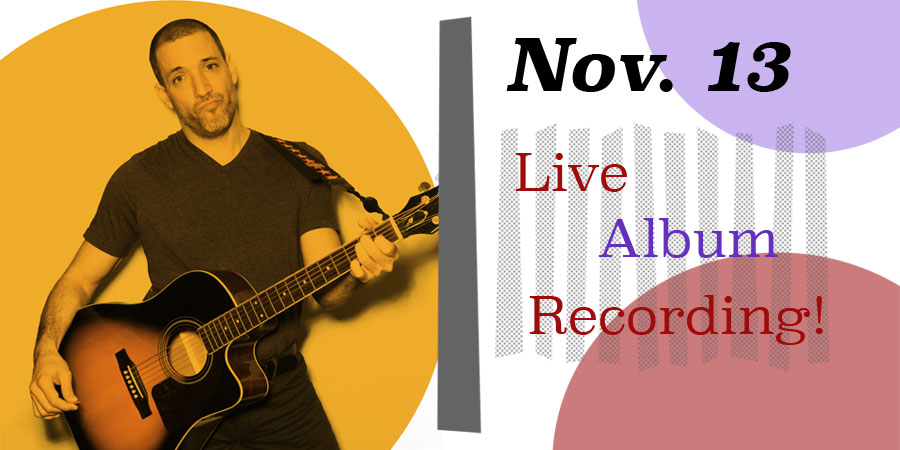 On Tuesday, November 13 there will be a big, big, BIG show in Brooklyn: my Live Album Recording! END_OF_DOCUMENT_TOKEN_TO_BE_REPLACED 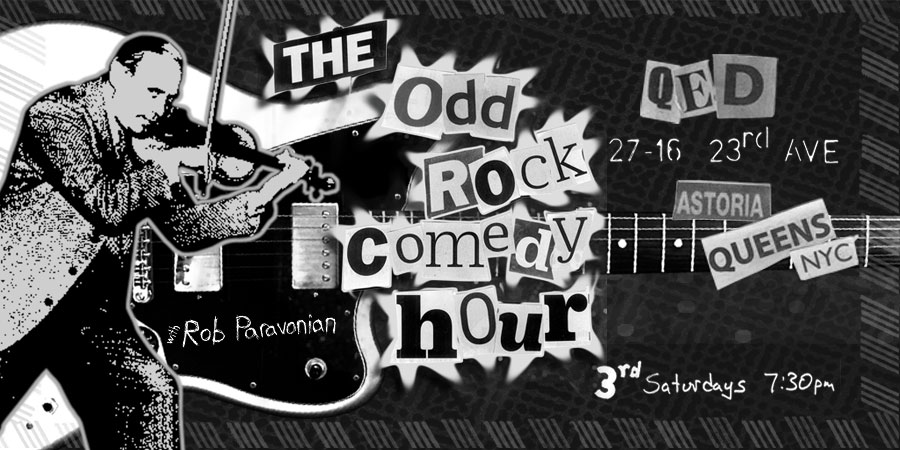 The Odd Rock Comedy Hour, my new monthly comedy/music/variety show, launches Saturday, Nov 18 at Q.E.D.! After a great 3-year run of my monthly show Don’t Feed the Musicians! I’m ready to kick off a new show that will feature the best of what you’ve come to love from the old show along with some new twists and turns.

One of the reasons for the name change is that I wanted the name to clearly convey that the show was a fun collection of comedy, music, and something a little off the beaten path. Also, the name Don’t Feed the Musicians! is kind of bossy when you think about it.

The new name is inspired by a very quirky rock club in Milwaukee where my old band The Steppingstones played our first gig: The Odd Rock Cafe. The venue was a converted Victorian house in an industrial section of the city and all of the interesting 80s acts played there: The Jesus Lizard, Gwar, G. G. Allin, Social Distortion, and many more. We opened for a Milwaukee-based psychedelic jangle-pop band The Petals and we were so amped to be playing our first gig we blew through our entire set in about 30 minutes.

We came off the stage to some confused looks from members of the Petals.“You’re done?” The asked if we wanted to play a few more and we had to respond, “we don’t know any more.” We should have pulled the line Bob Newhart used after his first nightclub gig earned him calls for an encore. He came back out on stage and said “Okay, which one do you want to hear again?”

So there you have it: somewhere between quirky music with a D.I.Y. aesthetic and Bob Newhart lies The Odd Rock Comedy Hour. Coming to Q.E.D. on the 3rd Saturday of every month at 7:30 pm. Come join the fun! 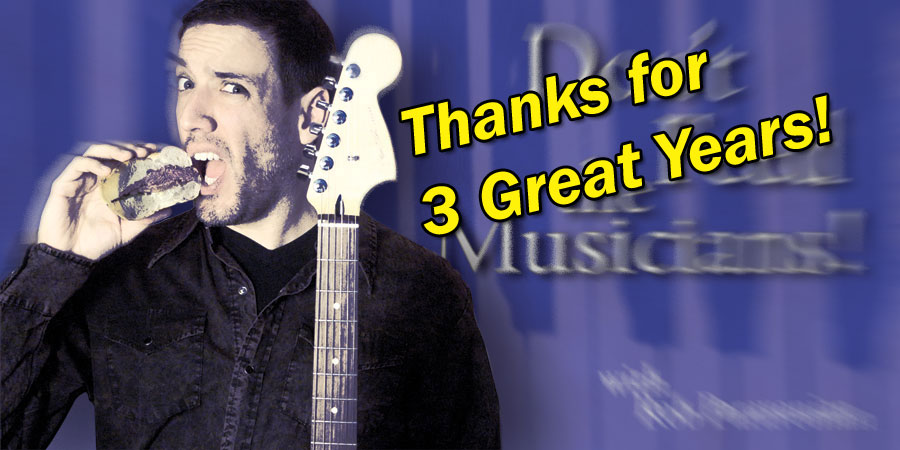 Don’t Feed the Musicians!, my monthly variety show at QED, will be coming to a close on October 21 and I want to send out a hearty “thank you” to all of the artists that have been guests, all of the people that have come to enjoy the show, and the wonderful folks at QED who supported it. But the end brings a new beginning! I’ll be launching a new monthly variety show in November at the very same venue, in the very same time slot!

So why, you may ask, if I’m doing a monthly variety show in the same time slot at the same venue would I go through the hassle of creating a new show? I suppose the 3-year anniversary made me a little reflective and I thought about the work that goes into producing and hosting a show. I really enjoy both writing new material every month, performing, and bringing wonderful guests to the stage for the audience to enjoy, but I don’t like having to explain that that’s what Don’t Feed the Musicians! is.

It’s mostly my fault for giving the show an ambiguous title. When I was first approached about doing a monthly show at the then-brand new QED, I wanted to come up with a name other than “Untitled Rob Paravonian Project” and I thought Don’t Feed the Musicians! had a cheeky, musician’s inside joke kind of vibe. But when I see it listed up there with all of the other wonderful shows at QED I think about how someone else would see the name and wonder “what the heck is that?” And in the days of social media-fueled micro attention spans that can be a liability.

So watch this space for information on the new show, which will hit the QED stage November 18th at 7:30! 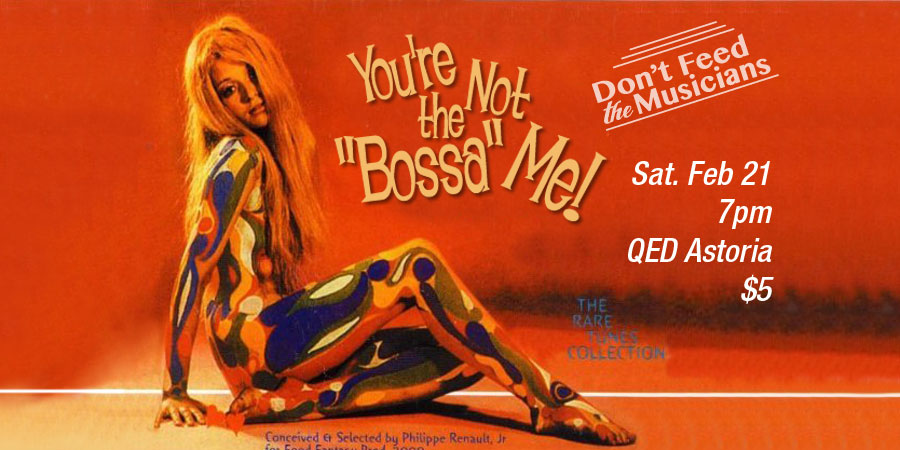 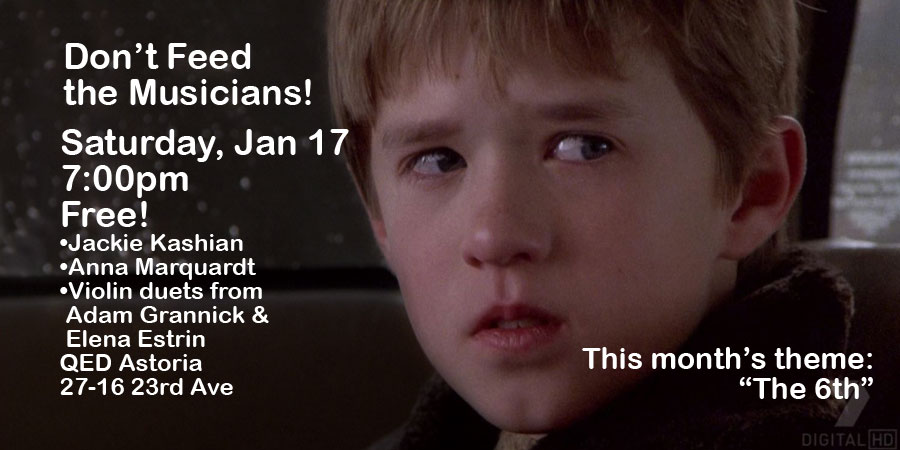 Don’t Feed the Musicians is back! The next installment is Saturday, January 17th at 7pm and features:

That’s a lot of entertainment, and the show is still free! Reserve your spot at QED’s website, and spread the word by sharing the facebook event. Hope to see you there! I’m excited to announce a new show I’m putting together that will be part variety show, part musical Talk Soup, with a comedic TED Talk thrown in for good measure. END_OF_DOCUMENT_TOKEN_TO_BE_REPLACED

Fellow musical funnyman Ben Lerman and I have put together an awesome show that will be so epic we’ll be recording it for posterity! END_OF_DOCUMENT_TOKEN_TO_BE_REPLACED

I’m really excited to be doing another full-hour set right in my neighborhood at The Way Station on July 16! I’m also extra excited that my good friends from Chicago, Rivals of the Peacemaker END_OF_DOCUMENT_TOKEN_TO_BE_REPLACED

For the first time ever, I’ll perform a headlining set in Brooklyn! On Monday, May 23rd, I’ll hit the stage at the Bell House‘s Frontier Room END_OF_DOCUMENT_TOKEN_TO_BE_REPLACED