Fellow musical funnyman Ben Lerman and I have put together an awesome show that will be so epic we’ll be recording it for posterity! It’s at Union Hall in Brooklyn, which regularly hosts music as well as comedy shows so it’s the perfect venue for two guys that do both.

There are many reasons to record a big-time show like this, not the least of which is to have a video example of ourselves being wonderfully hilarious in order to show to producers, agents, and the other comedy gatekeepers. What this means for you is that for a mere $7 (US) you’re going to be treated to a show with two top-notch performers doing their absolute best material.

So come on out to Union Hall on April 3. You can get advance tickets at this link, and it’s a good idea because this show will most likely sell out.

Hope to see you there! 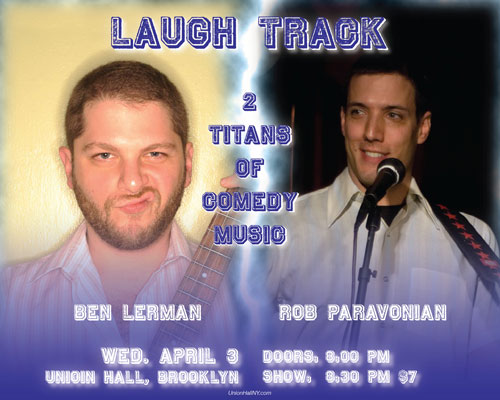