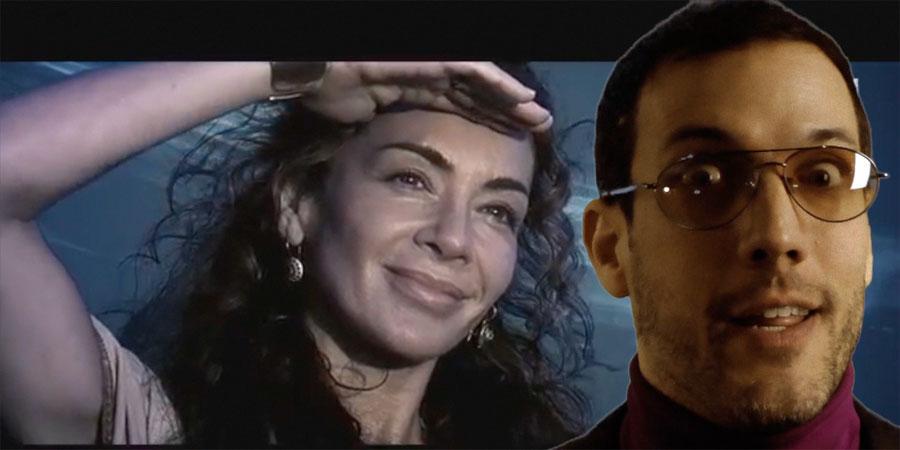 I know, another song inspired by the movie John Wick (which is awesome!). While watching Keanu kick butt I realized there’s a character in the movie that is in a lot of action movies and dramas:  END_OF_DOCUMENT_TOKEN_TO_BE_REPLACED 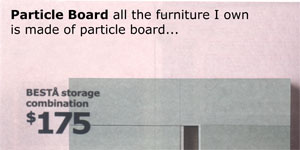 My ode to cheap furniture, from my 2001 album Living it Down, is my latest lyrics video, with a little help from last week’s IKEA catalog. END_OF_DOCUMENT_TOKEN_TO_BE_REPLACED 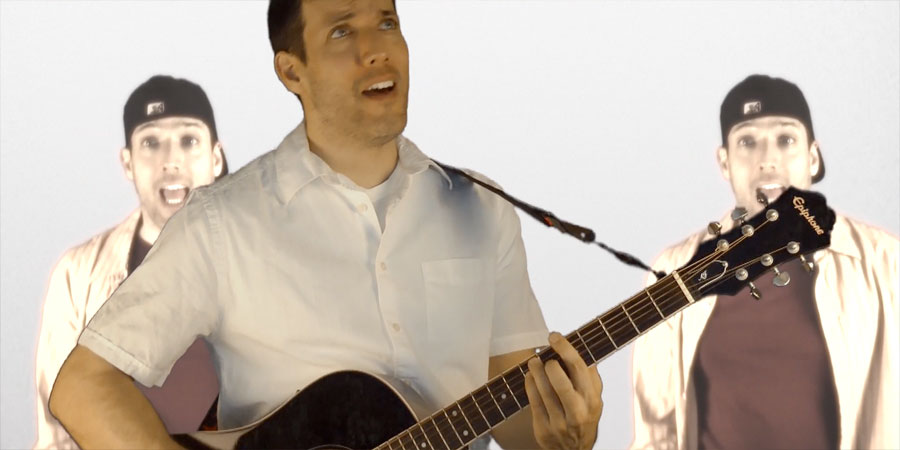 For the Best (Worst Tribute Song Ever) Music Video from Rob Paravonian on Vimeo.

Have you ever wanted to make fun of a bad tribute song, but felt guilty because you didn’t want to mock someone’s grief? Then this is the video for you!  END_OF_DOCUMENT_TOKEN_TO_BE_REPLACED 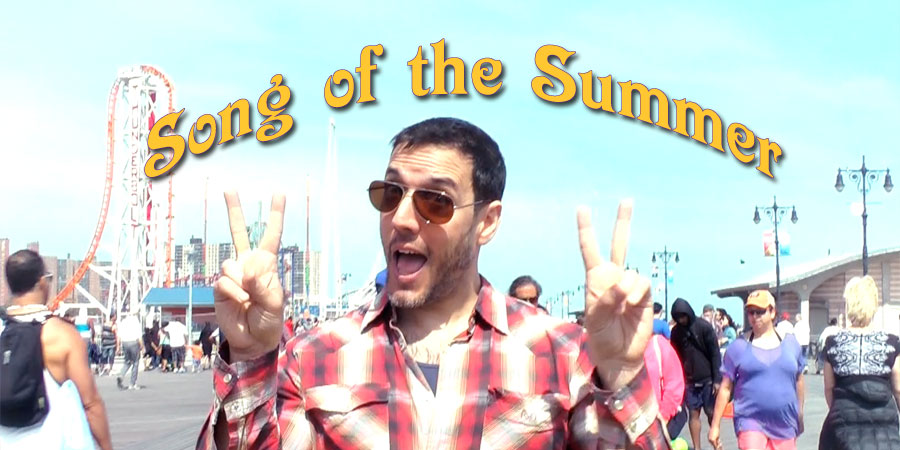 Humbly submitted for consideration as your song of the summer: my new song One Plus One.

Many thanks to Steve Rosenthal and Peggy O’Brien who helped me shoot the video at legendary Coney Island here in Brooklyn.

Here are the lyrics:

Songs of the summer share a common trait
The music’s catchy but the lyrics aren’t so great
They sing of simple crushes, partying, and such
Something that’s so easy you don’t have to think too much

One plus one, baby
How do you spell “car”
What day is it, honey
Tell me how old you are
One plus one, One plus One

One plus one, how many
fingers do you see?
Follow the light, baby
Tell me the day of the week

Turn up your radio,
your smartphone or whatever
I’d make a joke but
but it doesn’t pay to be clever 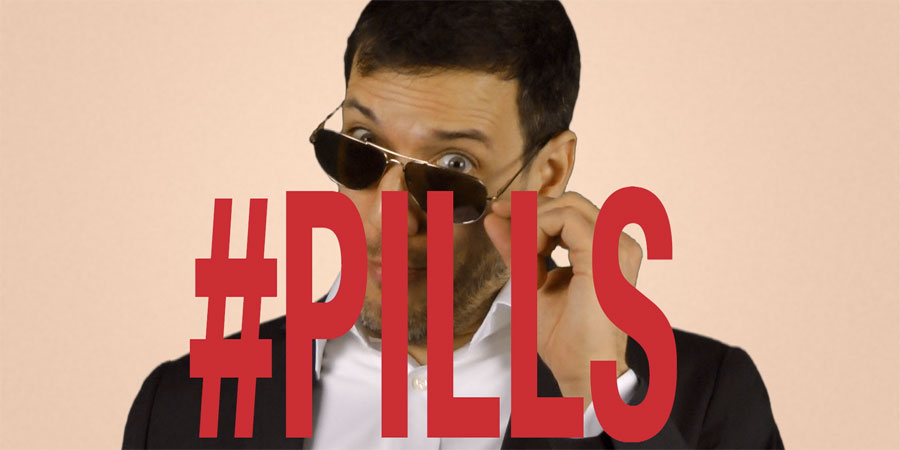 The Blurred Lines verdict has generated a lot of editorials and blog posts, and my Pachelbel Rant has even come up in some of the articles and discussion about it. So instead of adding my two cents with another blog or facebook post I decided to do what I do and write a comedy song about it.

It was fun to work on, and I hope you like it. I definitely used a “Got to Give it Up” style beat, with a bassline that’s sort of a mix between several Motown-y tracks. The melody and chord progression deviate from Blurred Lines quite a bit, but there is the root going to the 5th to start the verse, as Blurred Lines does. I mixed in a few other references as well, can you spot the one from the Zombies?

Here are the lyrics and dialogue:

“E’rbody lawyer up.
Have I heard this before?
No, it’s just different enough.
Are you sure?
Do you solemnly swear to tell the whole truth and nothing but the truth?
Word!”

When you hear this song you might get the feeling
You’ve heard something before, and you might think I’m stealing
Maybe it’s an accident or my inspiration
We’ll never really know until there’s some litigation
It’s a gray area ‘cause everybody’s blurring the lines

“Musicologist? No, I go to a musichiatrist. They can prescribe drugs.”

If you steal a song it can be a disaster
That’s why you have to pay if you ever use a master
“That’s sampling”
But when you steal the notes that’s called plagiarism
“No, no, no, no!”
And we always argue about when it is or isn’t
It’s a gray area ‘cause everybody’s blurring the lines

“Is that my line?
I thought it was my line?
Who’s line is it anyway?
Brady!”

Stealing a classic song was never my intention
“Are you sure about that?”
But I was high on pills and not paying attention
“That I believe”
And we sang a different tune that everyone was hummin’
It’s not like we were 2 Live Crew singing Pretty Woman
“Oh snap!”
It’s a gray area ‘cause everybody’s blurring the lines
“How many musicians are on the Supreme Court?
I think they have a jug band”

They hired me to rap so I’m just talking
You try to sue me I’ll just start walking
I don’t care, I didn’t write this track
They emailed it to me I drop-boxed it back
It’s the worst 16 you ever heard
If something won’t rhyme I make up words
Pariboo? What’s Pariboo?
Sounds like a pet name made up for yours true
That’s o.k. I’m on a hot streak
This is the 9th track I’m featured on this week
I don’t know if it’s worth all this hysteria
It’s not black and white it’s a big gray area 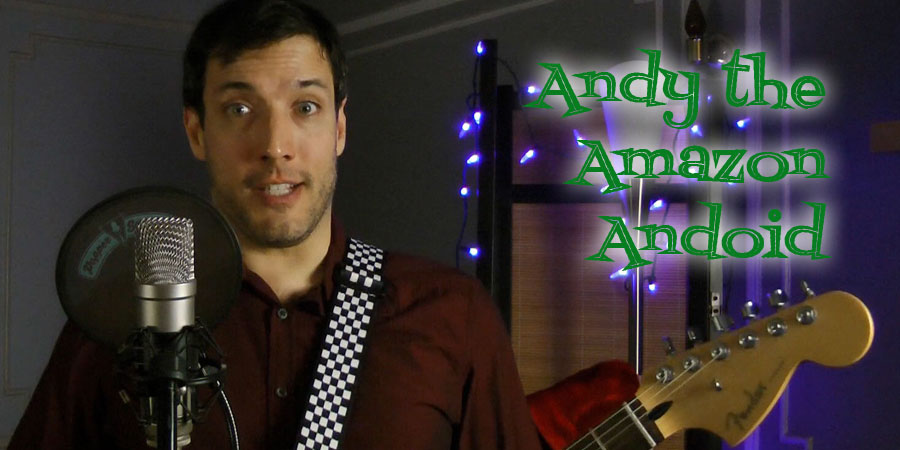 As you may already know, the song Rudolph the Rednosed Reindeer was written as a promotion for the department store Montgomery Ward. I decided it was time to update the tradition of retailer-created Christmas songs so I wrote this. Enjoy! 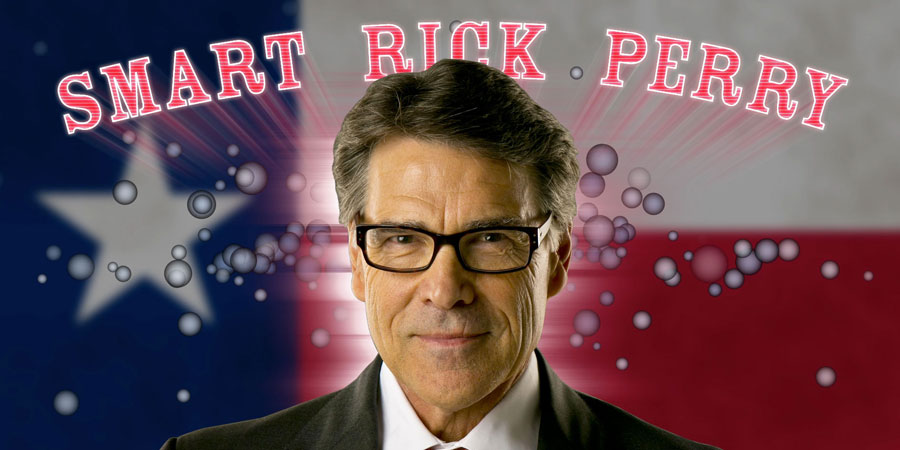 No rebranding effort is complete without a theme song, so I decided to help out Texas Governor Rick Perry in his effort to recast himself as a smarter, more intellectual politician with his sporty new glasses. END_OF_DOCUMENT_TOKEN_TO_BE_REPLACED 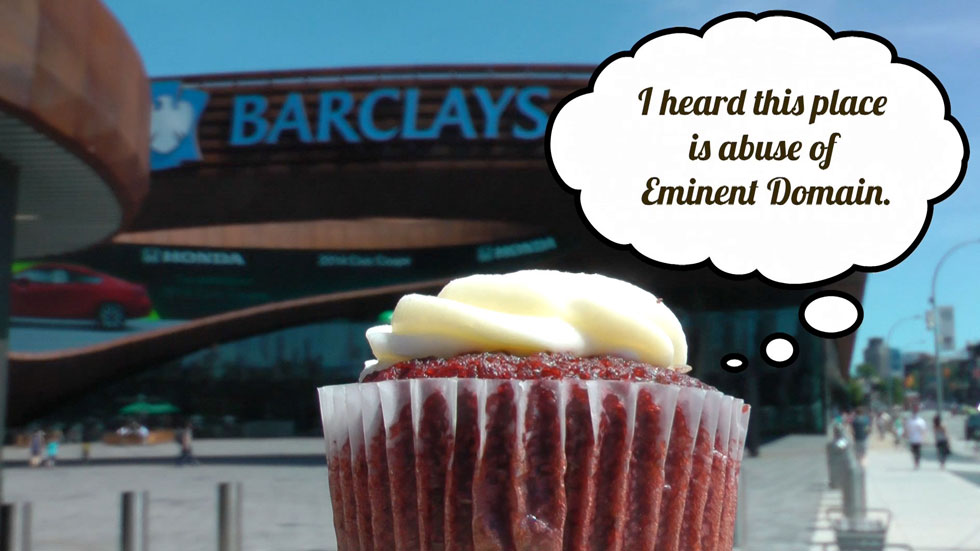 …and what happens next will (amaze, astound, surprise, horrify) you!

O.K., so it’s really a video I put together to showcase my new song “9 Dollar Cupcake” which I wrote about my home Brooklyn, NY. The video was fun to put together, especially since I got a lot of weird looks walking around Brooklyn with a cupcake attached to a video camera.
But I guess if looking weird were a concern of mine I would have chosen another profession.
Hope you like it! 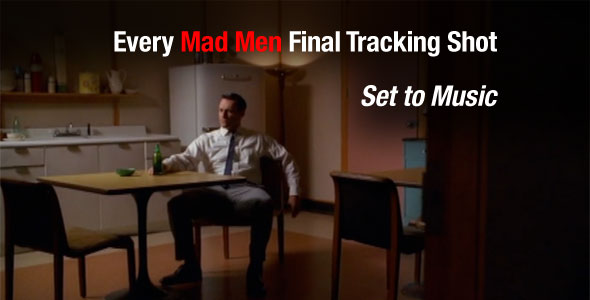 Did you ever wonder what it would look like if all the tracking shots that close Mad Men episodes were edited together in a music video? END_OF_DOCUMENT_TOKEN_TO_BE_REPLACED 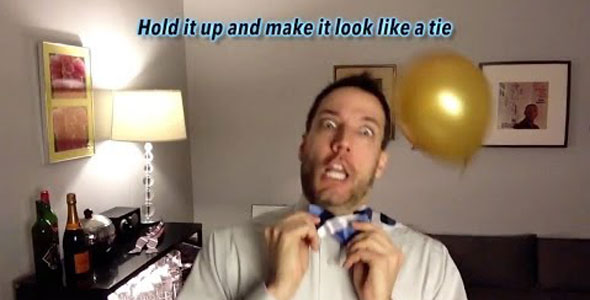 Ladies and gentlemen, boys and girls, people of all ages (but mostly people who remember the 1990’s), I am very pleased to present my latest video END_OF_DOCUMENT_TOKEN_TO_BE_REPLACED 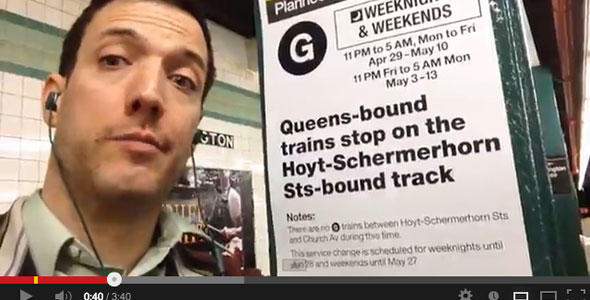 We barely had time to get the G Train video out for the new CD before it got re-posted by Time Out New York and the New York Observer!

Many thanks to my G Train Dance Crew: Jessica Delfino, Sarah Beth Lambert, and Coree Spencer! 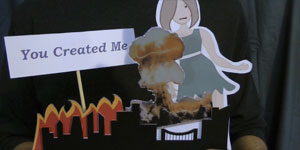 My latest video takes a low-tech look at the magical world of celebutantes. Enjoy! END_OF_DOCUMENT_TOKEN_TO_BE_REPLACED

Just posted a new holiday video! If you’re looking for a few ideas on how to deal with holiday stress, this video may be just what you need.

END_OF_DOCUMENT_TOKEN_TO_BE_REPLACED

A cowboy-crooner video about internet manners, or lack thereof.

It was called “The world’s first honest kids’ video” by Momlogic and it’s become a favorite with parents everywhere.  If the Wiggles scare you as much as they do us, don’t click!