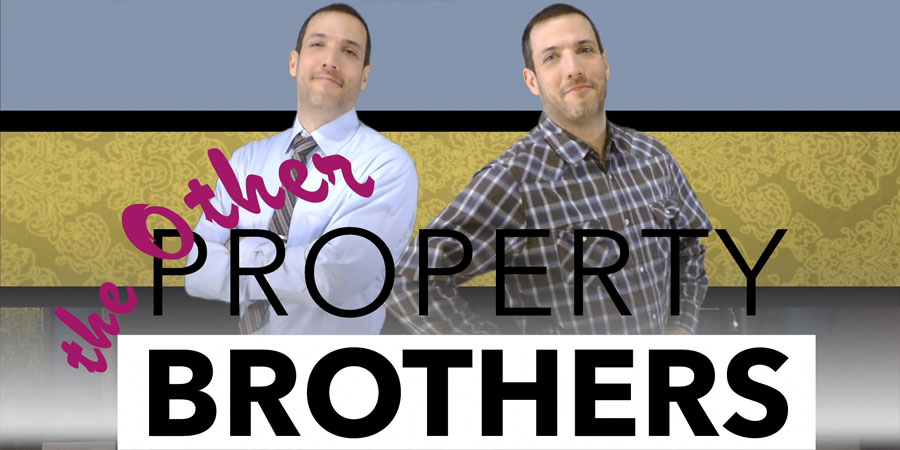 If you like real estate shows hosted by identical twins you’ll love The Other Property Brothers! END_OF_DOCUMENT_TOKEN_TO_BE_REPLACED 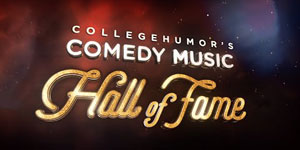 I was on IFC’s Comedy Music Hall of Fame show! For nearly 10 seconds! See, what had happened was END_OF_DOCUMENT_TOKEN_TO_BE_REPLACED 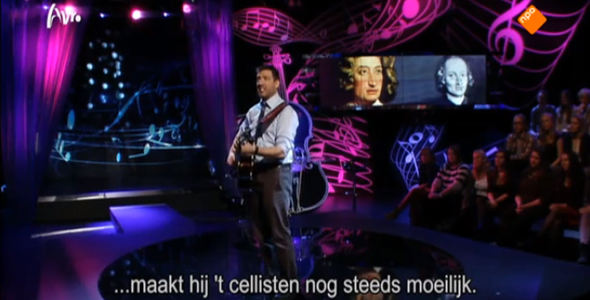 The episode of De Tiende Van Tijl that I performed on is now available online!  END_OF_DOCUMENT_TOKEN_TO_BE_REPLACED

Back in January we here at RobPRocks Industries got an email from a production company in The Netherlands who were interested in having me perform the Pachelbel Rant on their show. That initial email led to figuring out how to get from New York to Amsterdam and then to Spokane, Washington for a show that was already booked, and thanks to their resources and some creative airline itineraries at the end of April I found myself heading to the airport for a flight to Amsterdam to appear on the show De Tiende van Tijl, hosted by a famous Dutch comedian named Tijl Beckand.

The trip began inauspiciously when the gate agents at JFK informed us that our crew was “stuck in traffic” (their actual words) and that they didn’t know when we would be able to board our plane, let alone depart. Stuck in traffic!? You know who else had to deal with traffic on the way to the airport? Everyone else here! We somehow made it to the airport on time and it’s not even our job.

An hour-and-a-half delay, a long flight and a missed connection at Heathrow later I landed at Amsterdam’s Schiphol airport, bleary-eyed and lugging my gear to the train station.

My first exposure to Dutch hospitality came at the next train station, where I needed to transfer from the inter-city train to Amsterdam’s metro line. I was about to buy a metro ticket from the vending machine when a pair of tourists handed me a “dagkaart” and said it was a pass good for the rest of the day. I bumbled onto the #17 Tram and showed my pass to the driver. He smiled, which I took to mean “go on through,” and I proceeded to sit down amidst my gear. Only later did I realize that the pass I was given was for the inter-city train and not for the tram system, and the tram driver was probably just amused at my incompetence. After all, I was presenting him with a pass that was in no way valid for the thing I was trying to ride.

The next day I had it figured out and I bought a 48-hour pass for the trams and used my two free days before the TV taping to explore the city. And to street-level market myself.

The day of the taping was Saturday, May 3; I got picked up from my hotel in the Jordaan district and was treated to the most expensive cab ride I’ve ever taken—a € 90 cruise that took me out to the suburbs of Amsterdam, past some nice scenery and a glimpse of Amsterdam ArenA, home of the Ajax soccer team and the former home of the Amsterdam Admirals in the ill-fated NFL Europe league (O.K. I had to look that last bit up).

The studio was a buzzing hive of activity as the production crew, techs, and other musicians tended to their duties. My appearance was on the second episode they were taping that day so everyone was already working at full speed. I met some of the people I had been emailing, they showed me to my dressing room (complete with a bowl of small candies and a deer head on the wall) and soon got me wired for sound.

About the language: everyone spoke English with me, and in The Netherlands and Amsterdam specifically the average citizen is fluent in English so I was understood whenever I spoke. But whenever the crew were speaking amongst themselves, or anyone was making announcements, or any of the performers were talking to the audience, it was in Dutch. For example the sound guy would say to me, “play something” and I’d start strumming, and then he’d speak Dutch into his headset while I stood there wide-eyed. Other crew members would confer in Dutch while looking at my guitar—were they talking about me? The weather? The UEFA league semi-finals?

At no time was my Lost In Translation experience greater than right before I went on. While waiting in a room just outside of the main studio I was told I was next. I went through the door and stood behind a curtain against a wall. I expected there to be someone, a stage manager or something, to basically push me on to the stage in front of the crowd when I was announced, but I was on my own. Tijl stood in front of the crowd and spoke to the crowd in Dutch. He brought up Pachelbel and played a clip of Coolio’s “C U When U Get There” and he started to mention YouTube.

He stopped talking, the audience applauded and Tijl looked back toward the curtain. I knew it was time to go but the fear of walking onstage in the middle of the wrong bit was enough to make those first few steps feel like I was jumping out of an airplane, or stepping through the Stargate to who-knows-where.

Once I started playing the opening notes of the Rant I settled in, and when the first few jokes in the piece got solid laughs I knew that they were going to understand and enjoy it. There was even a string quartet who would perform later in the show seated in the audience right in front of me and I got a few insider laughs from the fellow musicians. At the end I got a nice ovation from the crowd and then trotted off stage to much relief.

Now, because it’s TV, I had to do the Rant a second time, and I had to try a slightly shorter version in case they needed it for time. And since it was the same crowd who had already heard the bit once the response wasn’t quite as big, so I hope they end up using the first version. Or are at least able to edit something together using most of the first. But either way it went well and I can’t wait to see the finished product (it will air in the Netherlands on May 30 and be available online after that date).

After the taping there was a reception at the studio where I got to meet a lot of great people. There were comedians who had worked with the host, improvisers from Amsterdam, writers, musicians and cool peeps all around. And then after the studio reception there was an end-of-the-season party at the offices of the production company back in Amsterdam where the host Tijl made a toast to everyone who had worked on the show. He did mine in English and the rest were in Dutch and for a few more minutes I was again lost in translation, but in a fun and hilarious way.