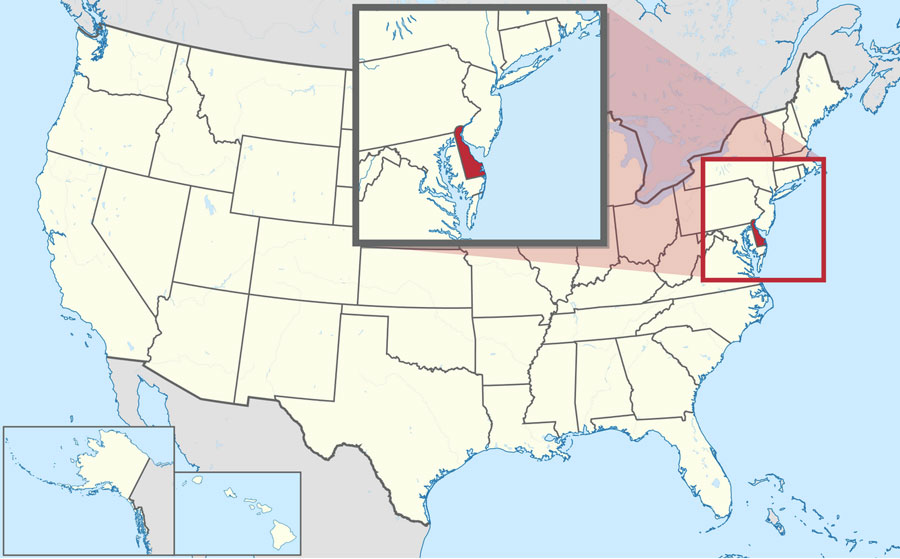 Well, I knew that eventually there was going to be a state I didn’t have a personal picture of. I’ve been to Delaware, I swear! I can still write about it, but I won’t have much to put on instagram <frowny face>.

Keep in mind my rules for counting a state: I’ve had to have performed in the state or spent at least a night there. With Delaware, anyone who’s driven from New York City to mid-Atlantic region cities like Baltimore or DC has driven through the tiny northern tip of the state near Wilmington, but that doesn’t count!

I know of at least two college shows I’ve done in Delaware, the University of Delaware in March of 2001 and a small college called Goldy Beacom College in Wilmington in January of 2003. For the latter show I remember going out to a local bar & grill after the show and seeing an acoustic duo cover band and it was the fist time I think I heard the Jimmy Eat World song “The Middle” all the way through. During the second chorus I joked with the people at my table that if it strictly followed the rules of a pop song it would go to the bridge. It did. During the bridge I said the next rule of pop songwriting is breaking it down for the third verse, and sure enough the song breaks down for the third verse.

I’m not saying this is a bad thing! Standard song structures become standard because they work!

Also, I was reminded by my note in the google map of past gigs I put together (check it out here) that the show at Goldey Beacom didn’t have a sound system, I had to play completely acoustic in a multifunction room. the fun of putting this project together is all the little details!