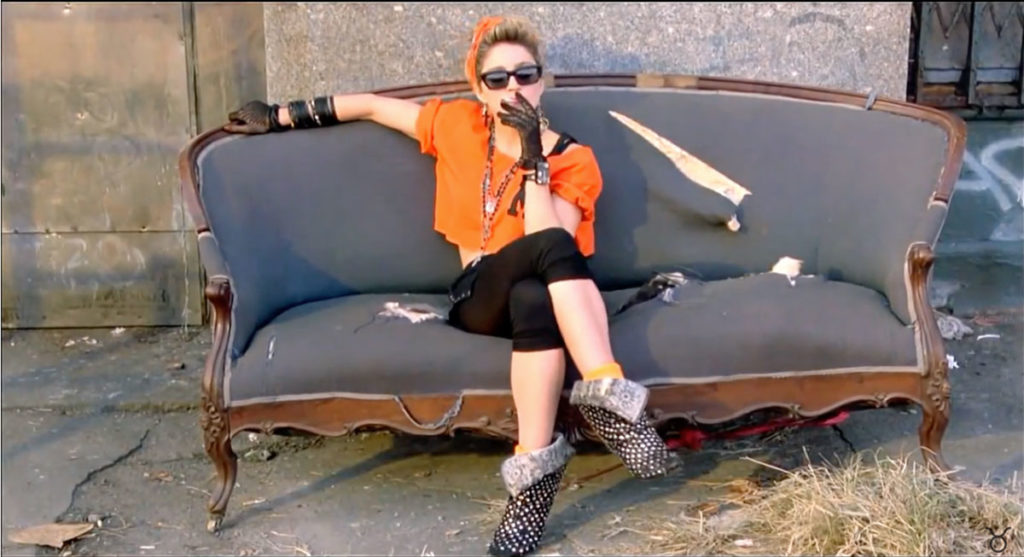 Behind the songs on The Green L.E.D.s debut album—Track 5

The Green L.E.D.s · Into the Groove

I knew I wanted to have at least one cover song on the album and I started working on the project around the one year anniversary of Cover Tuesday, my weekly live stream of cover songs, so I had plenty of cover ideas to choose from. I went through my old set lists and there were about five songs I was seriously considering. I played around with them, even started some backing tracks on a few, but in the end covering Into the Groove à la Bauhaus or Echo and The Bunneymen was too interesting to resist.

I first covered the song on a live stream on February 23, 2021, right when the first inklings of doing this project were in my head. When I was learning it I realized if I kept it in the same key and sang an octave lower the song would fit right in with the vocal range of the rest of the album. The lower range and the gender swapping of the vocal turned the track from an upbeat pop celebration to a brooding and moody piece.

Even with the same key, I think this version of Into the Groove really stands out with its completely different arrangement and just slightly slower tempo (102 bpm compared to 116 in the original). The cornerstone was getting the bass line right since this is first and foremost a dance track. As you may have seen in my bass TikTok, I take the bass guitar parts very seriously and work hard to get them right.

Once I got the bass line down the most important instrument was the electric piano and I really like the way it drives the chord progression. Electric piano is in every track on the album and it was usually one of the first tracks I’d record after the drums. I like having the piano there as a guide through the chord progression for recording guitar and bass. I ended up liking the piano parts so much that on a lot of the tracks I kept them prominent in the mix. Into the Groove is the track with the most prominent electric piano but if you listen closely, it’s there on all of them.

When it came to the vocal, singing it an octave lower than the original gives the song a different feel—ok, I’ll say it, it sounds kind of creepy. I decided to lean into that and whisper sing a few lines here and there (“at night I lock the door where no one else can see.”) It may sound unsettling to some but maybe that just opens up a whole discussion on gender roles and power dynamics in social situations?

OK, that’s pretentious, I just think it sounds cool. And it’s a great tune that I hope this cover does justice to. After “Satellites,” which is heavier and darker, I wanted to lighten the mood a bit with a cheeky cover while keeping the energy up. And in my mind I would think of this song as kicking off the “dance party” section of the album because it segues really well to the next track “It’s a Drop,” which we’ll talk about tomorrow!