The Show Must Go On… Eventually! 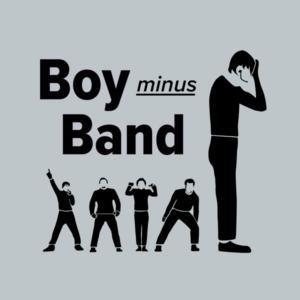 This is the week I was going to start the big promotional campaign for the March debut of my musical, but issues with the venue and changes at the theater group have led them to cancel the production. Despite my deep disappointment at the news I hope there is some good that can come from the experience, and I still fervently believe in the quality and commercial viability of the project. I know it will hit the stage someday.

First thing to mention on the positive side is that the table read I did with the theater group in June of 2019 went really well. Not only did it renew my conviction that this work I spent most of 2015 creating is an appealing story with a funny script, it led me to do a fresh punch-up draft of the book. And just last week, with the fresh draft in hand, I submitted the project to a theater festival for the first time since 2017.

Another big task I had to tackle for the now-canceled March debut was to create and transcribe five-piece scores for the 20 songs in the musical. I had existing, fully arranged demos for all the songs but I had so far only written out a few of the pieces as lead sheets. To create a five-piece score for each of the songs I had to consolidate the arrangements from the demos into five parts; and digging back into the project files from the demo recordings required me to transfer all of the session files from Pro Tools to Logic Pro X, which is what I run my studio on after converting in late 2016.

Creating these scores took the better part of my free time in September and October, and with the production now canceled could be considered a colossal waste of time. But the fact is I know have finished five-piece scores of the entire musical, along with a new overture and incidental music, and these scores aren’t going anywhere. It will be less work for the next production. 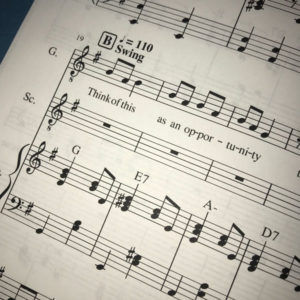 Working on the scores was also really satisfying. Up until this point I had only created lead sheets for songs, or at most a score with a melody/vocal line and a basic piano accompaniment. When the theater group offered to stage the musical I took on the challenge of writing out the scores. With some pointers and encouragement from a good friend Scott Wasserman, who does this kind of thing for a living, I dove in, learned a lot, got up to speed on the amazing freeware app MuseScore, and got it done. Between the confidence gained and the actual scores there are a lot of real benefits gained from the project, even with this production being shut down.

So that’s the status of the musical. I usually don’t post such long behind-the-scenes stories—I prefer to let my work speak for itself—but since I had announced the worldwide debut of the musical I felt it somewhat necessary to explain its absence from my show calendar. Don’t worry, when it gets into a festival or we put on a staged reading, and when it finally does debut, I’ll start yammering about it all over again.