The depths of summer’s dog days couldn’t slow down Don’t Feed the Musicians! We had a great crowd turn out to see The Dreamstalks, Eric Kirchberger, and Rachael Parenta bring the music and the funny to the stage of QED. Sometimes we get folks from out of town—in from Boston, Philly, even France—but I was most impressed with a couple of friends who trekked up to Astoria all the way from Sheepshead Bay, Brooklyn!

I’m also very grateful to the people in Astoria who have been supporting not just my show but everything at QED. Every month there are a lot of people in the crowd who live within just a few blocks, and the energy of the performances are better because of it. This month the crowd got treated to Rachael Parenta’s songs and standup, a great set from Eric Kirchberger that touched on everything from the Confederate flag to Italian linguistics, and the darkly funny children’s music of The Dreamstalks.

As for me, I tried out a couple of new things like a ghost story about the mythical man who lives in my building who arrives when summoned and is supposed to fix things, I debuted the video for The Worst Tribute Song Ever, and I even showed some old footage of Peter, Paul & Mary singing about Waukegan, IL.

If that sounds like a lot of entertainment for just five bucks, you’re darn right it is! Come to QED next month, September 19 at 7:30 and we’ll do it again with new guests! 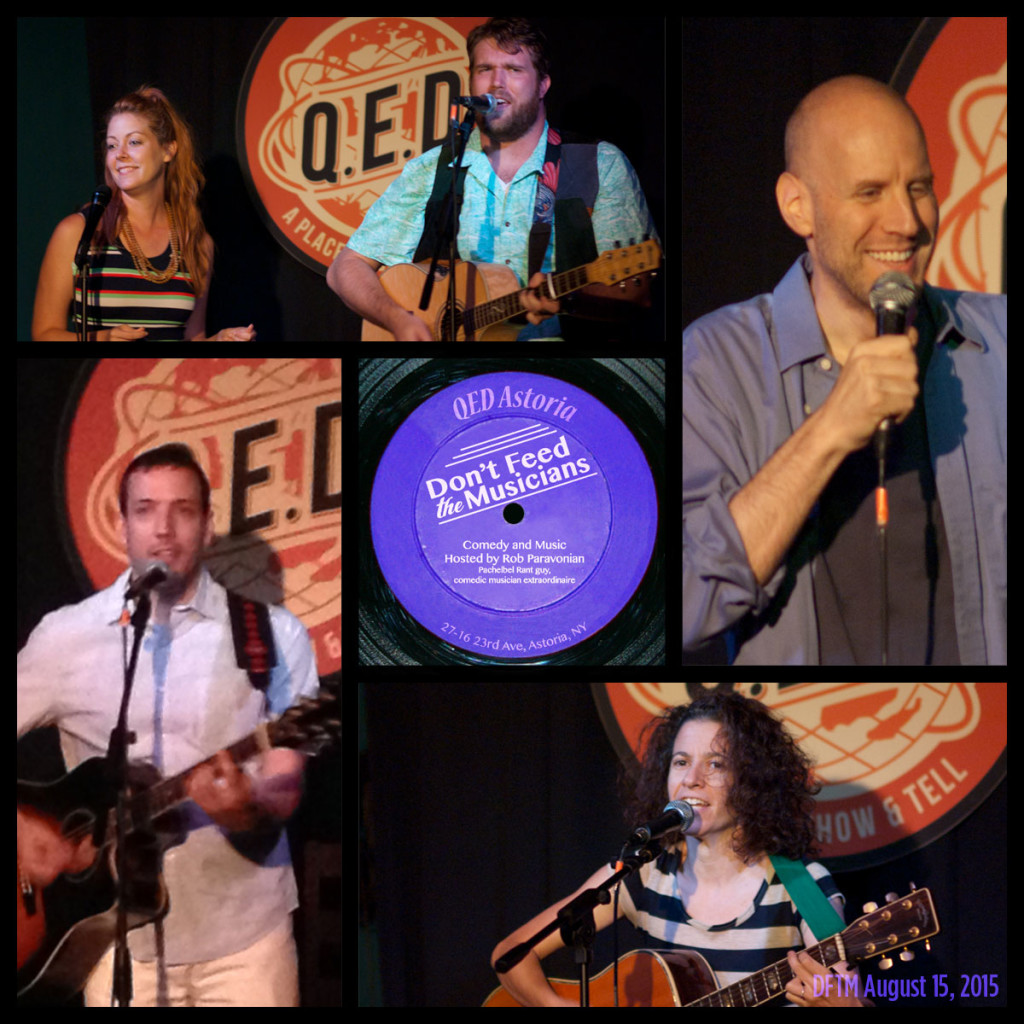