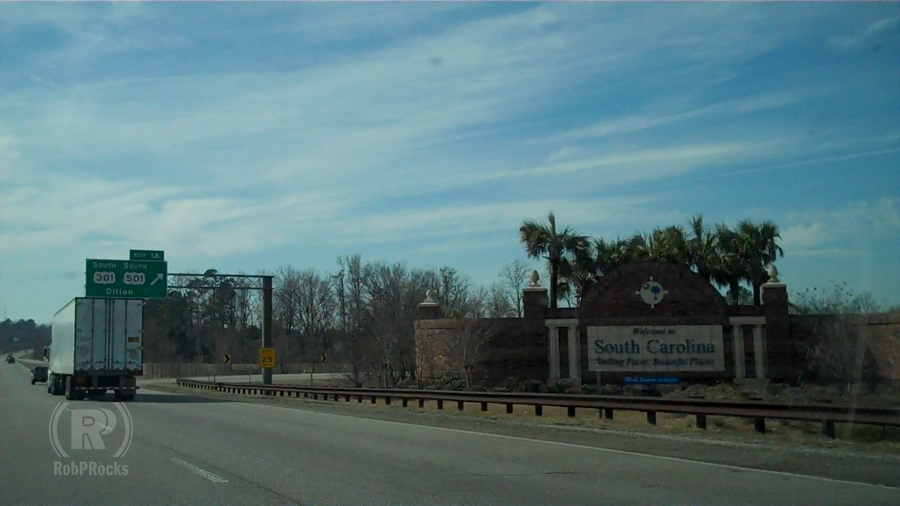 In the few times I’ve been to South Carolina I’ve gotten to see a decent chunk of the state. My first show in Palmetto land was in Myrtle Beach in 2004 at Coastal Carolina University, though the show was in February so the Beach part didn’t really come into play.

The next year I had a show in the western part of the state at USC–Aiken. I remember going to a bar after the show and being intrigued when the bartender poured my bourbon from one of those mini bottles you usually see on airplanes. I thought it was this bar’s gimmick but it turned out that according to South Carolina law that’s how liquor had to be poured statewide.

In 2010 I played a really fun show at USC in Columbia. When I got to my car  after the show I found that the battery was dead and was mortified to have to call my student contact for a jump. That poor car had over 300K miles on it at the time and it was doing its best. And the car trouble couldn’t harsh the good vibes of the show, the student activities board even made up credentials with lanyards for it!

Most recently I played a corporate gig in Charleston in June 2017 and I got to see a bit of that lovely city. I got a view of the port, stayed at an older hotel right in downtown, and hit a rooftop restaurant for a reception before entertaining employees of a wire company.