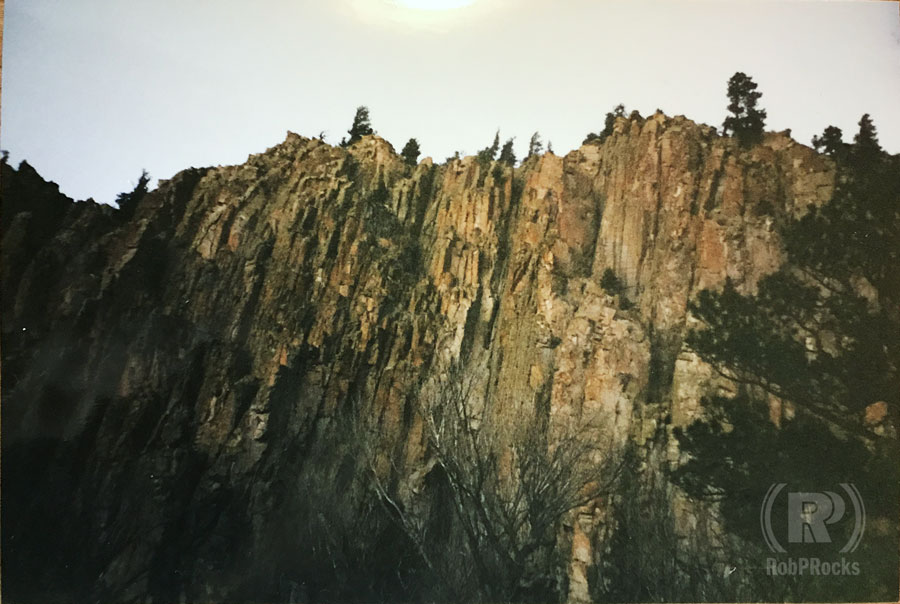 My first experiences with New Mexico were traversing I-10 along the southern edge of the state on road trips to and from California. I finally landed a gig and spent a night in the state in 2002 when I played Eastern New Mexico University in the town of Portales (por-TA-lace), which was so far away from the main cities of Santa Fe and Albuquerque that I flew to Lubbock, Texas and drove. I also drove the extra 180 miles round trip from Portales to Roswell to check out the town and of course the UFO museum.

Three days after that show at ENMU I had a show at the University of Alaska Anchorage, which I flew to from Denver. That gave me about a day and a half to take a scenic route from eastern New Mexico to Denver. I drove up to Santa Rosa, along I-40 and old Route 66, stopped at a classic diner (I think I had a patty melt), and then continued up to Taos to poke around and take in the crunchy artsiness.

I know that I took Hwy 64 from Taos up to Colorado because I have a picture from Cimarron Canyon State Park, which Hwy 64 travels through. The name Cimarron had always stuck in my head and I remember stopping to see a scenic cliff along the drive. I knew somewhere I had a picture of it, and in 2002 I had my first decent digital camera, the Canon PowerShot 110, but I couldn’t find the picture I remembered. I finally tracked it down in a roll of prints from my travels that month, a roll that included New Mexico, Alaska, and a run of shows stretching over a 1500 mile loop in Montana and North Dakota.

It took some internet searching to find the spot where I took the picture, and it turns out to be the Palisade Sill in Cimarron Canyon State Park. So even though I was only in the state for all of two days I did get to see a nice representation of it.