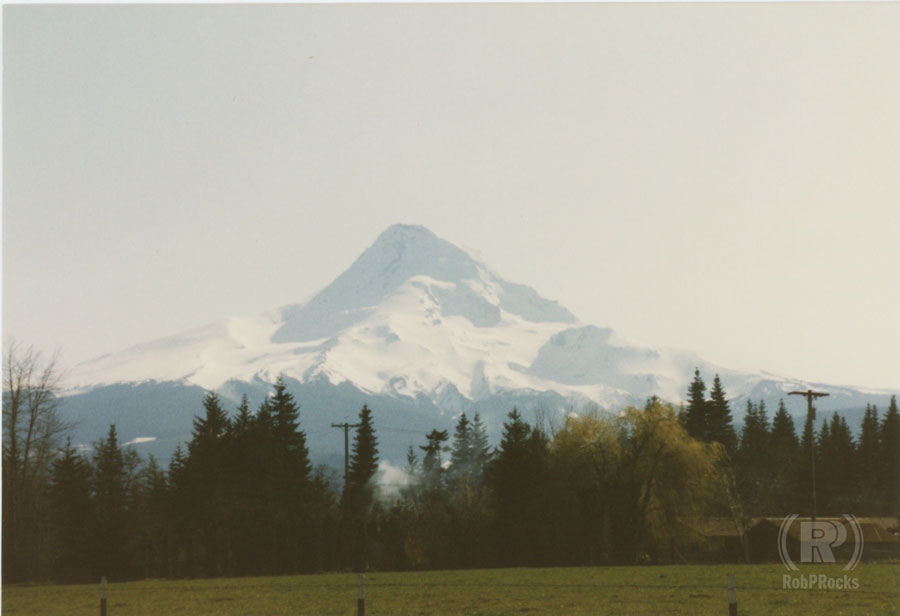 It’s been a while since I’ve been to Oregon but I got there early in my touring career, after showcasing at the Pacific Northwest NACA conference in late 1996. That showcase landed me a lot of shows throughout the region and I went there for a couple of big tours in the spring of ’97 and thereafter.

On one of those first trips to the area I met up with a high school friend who was living in Portland, who asked me to meet him at Powell’s Books. Meeting someone for coffee in Portland at the “world’s largest independent bookstore” is Peak 90s Northwest!

Thanks to the college gigs I’ve had the chance to see some different parts of the state, playing Portland State and University of Portland in Portlandia, Willamette, Linfield, and Western Oregon in the northwestern corner of the state, and Eastern Oregon out in Le Grande in the high desert eastern part of the state.

I also vividly remember driving to a show in Bend because for about an hour (or what felt like it) I had no idea what highway I was on. There were some turns and forks on a reservation that weren’t clearly marked and I wasn’t sure I was on the right highway. I kept waiting for a sign that would indicated 197 North, or 26 South, or whatever, but I was out in the middle of nowhere. There wasn’t any other traffic. It was desolate. This is the pre-smart phone era when we all had GPS in our pockets.

I finally saw a sign that said “Criterion Summit” so I pulled over at a little gravel pull off area on the side of the 2-lane undivided highway to take a look at my Rand McNally Road Atlas. I found Criterion Summit on the map, I was on the right highway. Then I looked at the little parking area and realized it had plaques in the ground with arrows pointing to the various peaks of Cascade mountains, which were all around. It showed the name of the peak and the elevation, and through some google map street view sleuthing I was able to figure out which peak was which in the photos I got there.