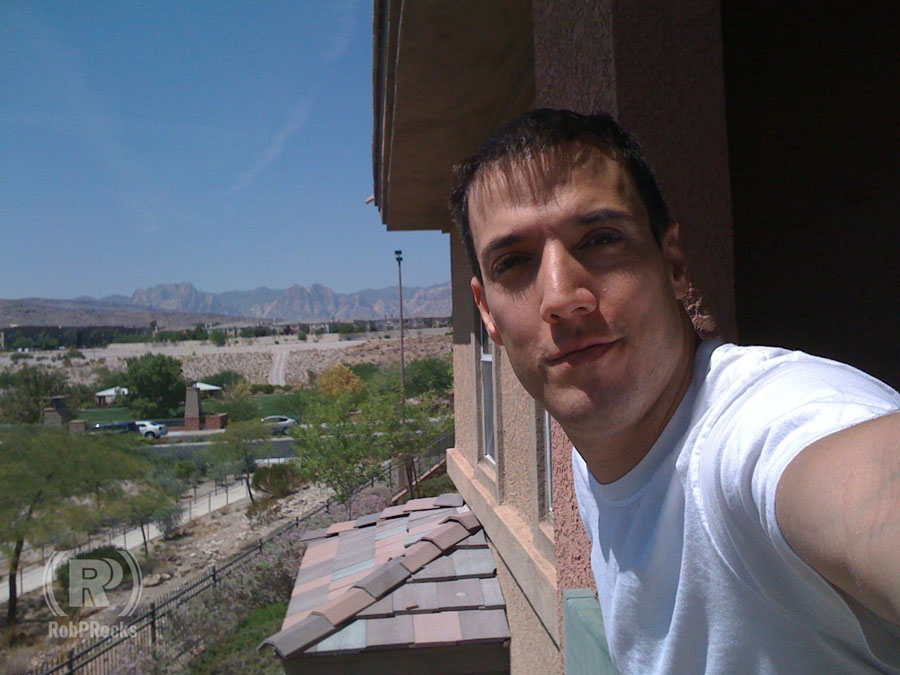 As an entertainer I viewed performing in Las Vegas as a right of passage, an experience without which my career wouldn’t have felt complete. I also have a family connection to Las Vegas as one of my sisters was a singer there for several years, mostly working at the Riviera, which at the time was the spot on the strip. So when I landed my first week of work in Vegas—at the Riviera—it felt ceremonial. Importantish.

It was also bloody hot. The week was in the middle of July and when the radio announcer said that we’d be nearing a record high that day I knew it was going to be unpleasant. But it was still cool. I worked with the late, great Kip Adotta, a veteran headliner whose work I had heard on the Dr. Demento Show growing up.

I went back to the Riviera the following year (also in July) but my most exciting Vegas experience by far was opening for Lily Tomlin at the MGM Grand for 10 days in November, 2009. After George Carlin passed away his manager worked with Lily Tomlin getting a headlining show together, and he brought me in to be the opener. The show was in the 750-seat David Copperfield Theater and I got to meet Lily Tomlin and watch a comedy legend work for a week and a half. She was amazing, gracious, and nice, and I got to take a picture with her in the big rocking chair!

I had been going back and forth to Vegas a lot already in 2009, including flying round trip from NYC in one day to do a promo at the Las Vegas Speedway. I was a semi-regular in a variety show called Amazed, at the V Theater at Planet Hollywood at the time. The show put up the performers in an apartment off the strip, near Summerlin on the way to Red Rocks, and it was lovely to be in Las Vegas away from the Strip. And since the show was in the afternoon the other performers and I had our nights free to check out other shows or parts of the city. I even hit a Las Vegas 51s game.

My only non-Vegas Nevada experience, aside from driving along I-15 to get there from L.A., is with Laughlin, Nevada, a small town on the Colorado river in the pointy southern tip of Nevada. My college friends and I went there for a very budget spring break, piling into 2 cars, cramming in to 2 rooms and splitting the ridiculously low weeknight rate between us. We entertained ourselves with $2 blackjack and cheap steak and lobster the size of crawdads.