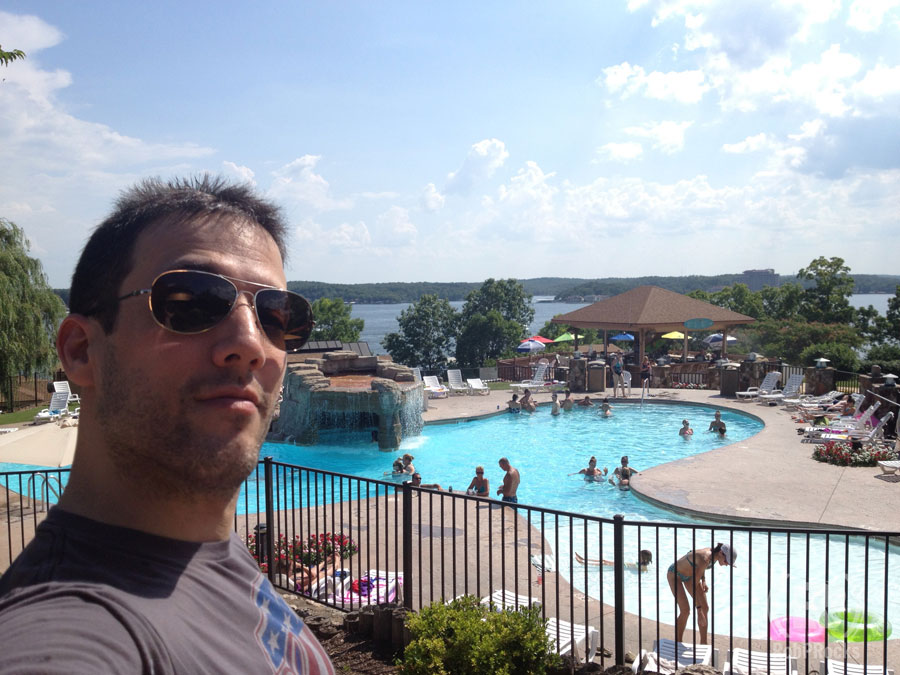 Holy Cow! We’re at the halfway point of the list and we’re in the middle of the country!

And right in the middle of Missouri is Columbia, where I’ve performed at 3 different venues: the lovely Jesse Auditorium on the University of Missouri Campus, where I opened for George Carlin for two shows in November of 2007; the Deja Vu comedy club, where I performed with my friend John Bush in 2013; and Columbia College, my first gig in the city back in Nov. 2002.

The weekend at Deja Vu had a one-nighter connected to it down in Osage Beach on Lake of the Ozarks, where the Netflix series Ozark takes place, so yeah, that show’s pretty much about me, but they changed the comedy thing to money laundering. The whole weekend came up because I was doing a corporate gig in Lake of the Ozarks and I got to stay in a pretty sweet hotel in peak season.

College gigs have taken me around the state with shows at University of Missouri—Rolla, which I’ve played twice over the years. Back in 2003 I played Truman State up in Kirksville, where I have a lovely pic of me in the rental car at 5 am because I had to drive, fly, and drive to a gig the next night in West Virginia. I’ve also played Cottey College out west and Maryville University in St. Louis.

And yes, there’s even an old, embarrassing family photo from a trip to Meramec Caverns back when I was, like 2 1/2 or something. I look thrilled, but those plaid shorts are dope.