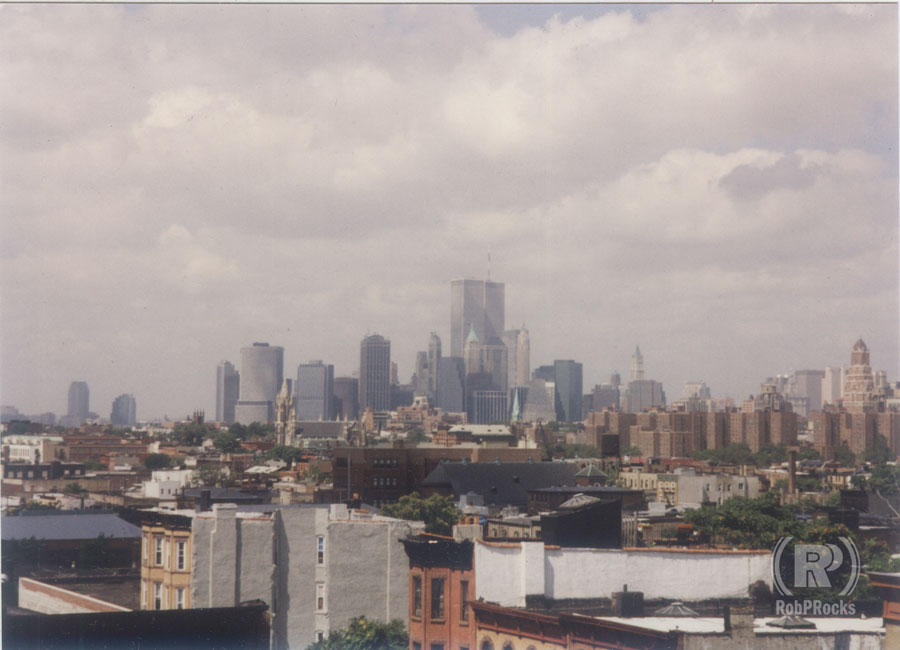 I guess it’s obvious that I’ve been to New York since it’s the state I’ve lived in for half of my life and most of my adulthood. There were a couple of family trips to New York when I was a kid where we’d visit my aunt and cousins just across the river in Weehawken, NJ, and come in to the city for sightseeing and Broadway shows. My dad and I also visited between my freshman and sophomore year of college.

But my New York life began in earnest in 1996 when I flew in to town and sublet an apartment in Hell’s Kitchen for the summer. I knew about 6 people in town, some friends from Chicago who had made the move before me like Joanne Morrison, Bill Chott, and John Bongiorno, and my sister’s college roommate Nancy, without whom I’d have had a harder time moving to the city because she found the summer sublet for me.

After being introduced to the concept of “bringer shows” I got turned off of the comedy clubs in town and found myself in the performance scene of the Lower East Side where the performers and shows were wildly creative, covering genres from poetry, music, comedy, performance art, burlesque, and everything in between. The support from the community and small theaters like Surf Reality and Collective Unconscious allowed me to try wildly different things, like solo shows, sketch comedy, and collaborative efforts like The Sacred Clowns. I even wrote the music for the St. Reverend Jen’s theme song, which is still near the very top of my list of 1990s Lower East Side bona fides.

I moved to Brooklyn in the fall of that first year and I was still on the road a lot for the next several. In 2000, when I hit a lull in my college touring schedule, I found my first day job in town in the production department of a catalog company. It turns out the years of designing and printing flyers for bands and shows taught me my best marketable skill. I’d go back and forth between day jobs and touring, a few years working in town, a few years on the road, and I’m grateful for my experiences with each. The day jobs not only helped me pay the rent but also introduced me to new friends, different neighborhoods in Manhattan, and the rhythms of New York daily life.

I’ve also seen a fair amount of the state outside of New York City. College gigs have taken me from the finger lakes to the northern reaches, the Catskills, the Hudson Valley, the Southern Tier, and the western edge (I think I got a muffler replaced in Jamestown once). Upstate New York is huge, and lovely, and is full of small towns mid-sized cities, and vast ruralness. It’s like if you took Wisconsin and fused it to a super-sized Chicago (and then took out the Midwestern niceishness and replaced it with East Coast brusqueness).

OK, enough yakking, let’s get to some pretty pictures! (click on an image for the carousel and captions, too many to list!)

So many pics! Click on the carousel to enlarge and read captions. There are too many to list!