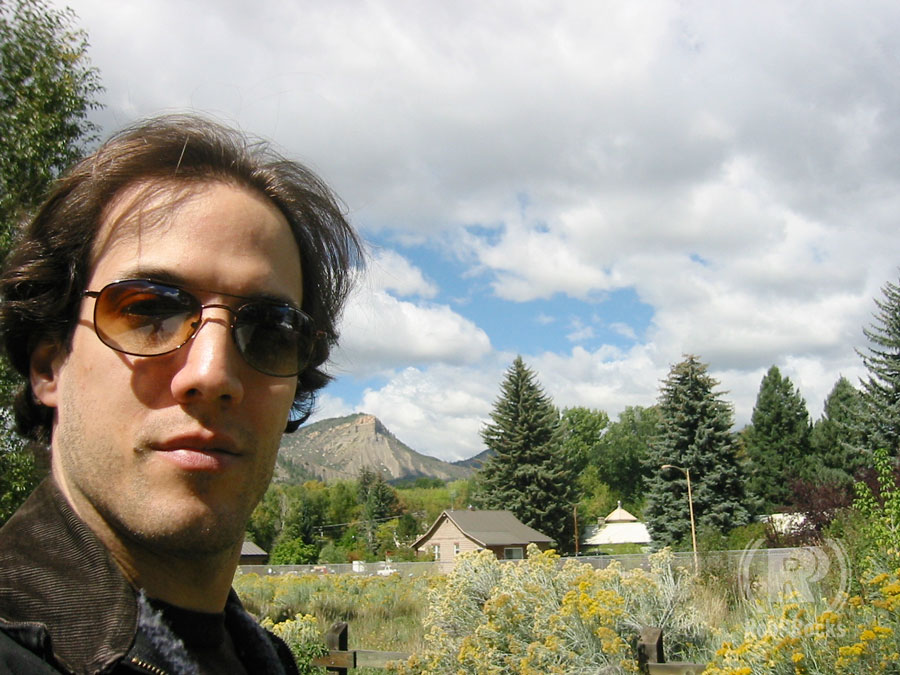 Transfers at Denver International Airport don’t count! I only count a state if I’ve actually spent a night there with feet on non-airport grounds. Them’s the rules!

I was able to check Colorado off of my to-do list early in my touring life with a gig at Northeastern Junior College in Sterling, CO, a flat and dusty railroad stop in the Northeastern corner of the state.

I’ve also been to Denver for a few odd gigs, and when I say ‘odd’ I mean it. One was a corporate gig for Comedy Central at a regional cable provider convention that was set up on the concourse of Coors Field (not during a Rockies game). A magician and I took turns performing on a stage somewhere beneath the right field grandstands.

Another Denver gig was a promotional campaign for a liquor brand. The promotion involved wheeling a portable sound system to different bars so I could pop in and do a quick ambush set of music while aspiring models sold flavored shots. That gig (which also took me to Milwaukee and Cleveland–glamorous!) was mostly terrible but there was one stop at an outdoor plaza in downtown Denver that was fun because I was set up like a street musician and people actually listened. To this day I tense up every time I see a bottle of Pucker.

Other college gigs in Colorado include Colorado School of Mines and Technology in Golden, Adams State in Alamosa, and Ft. Lewis College in Durango, which is a lovely former mining town in the southwestern part of the state. That last gig was during the school’s Homecoming weekend, which included a large bonfire and me hosting karaoke after my set. I don’t remember if I sang the song “Light My Fire” but I should have.