While lots of artists perform songs from the “Great” American Songbook, Rob takes away the “great” and finds himself in strange territory. There’s a heavy metal song about the Satanic Panic, a disco song about fears of a “masculinity crisis,” a jazz song about how much Henry Ford hated jazz (and blamed its popularity on a Jewish conspiracy), and much more.

Pulling from 200 years of musical styles and American history, the new album satirizes our cultural beliefs and myths, adding perspective to our world today. James Bond movie themes, emo, Western music, and even a boyband track all come together in this insanely varied yet oddly cohesive set of songs.

A limited run of 100 CDs were numbered and are available through our online store! And it’s streaming on all the things! Like Spotify, Apple Music, Bandcamp, Amazon, and wherever else 🙂 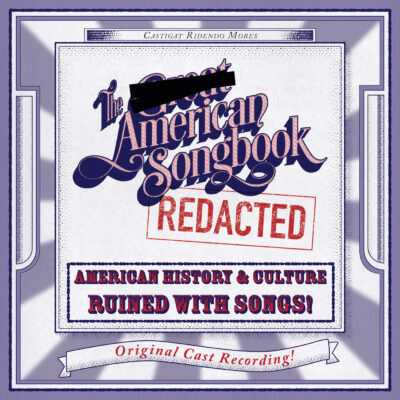