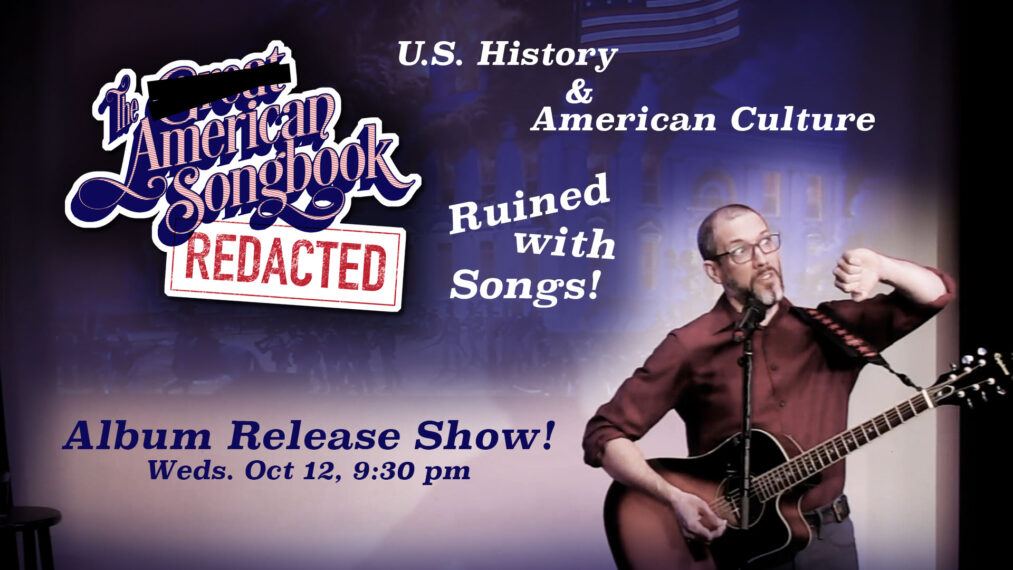 The American Songbook: Redacted will return to the stage at Caveat on October 12 to celebrate the release of the studio album!

After the success of the preview show back in May I decided to create studio versions of the songs to both compliment the further development of the live show and so that the songs could stand alone outside of a live performance. And since the songs in the show represented so many different genres of music it’s been a real blast to work on all of the various arrangements, from jazz to heavy metal, to disco, to James Bond-style theme songs.

The live show will feature backing tracks from several of the songs on the album, there will be CDs available for purchase, and yes, there will be swag. The show will be live streamed using a 3-camera shoot and top-notch audio, so you can join the fun from wherever you are! Live stream and advance tickets available at this link.